November 14: An Evening with Lara Logan 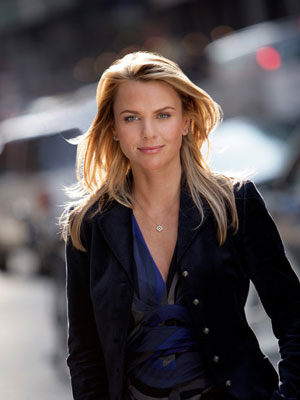 BILLINGS, Mont., October 15, 2019 – Rocky Mountain College will host an evening with award-winning journalist, Lara Logan, as part of the new Presidential Lecture Series. The event will take place on Thursday, November 14, 2019 at 5 p.m. in the Great Room of Prescott Hall on the Rocky Mountain College campus. This event is open to the public.

Lara Logan is an accomplished investigative journalist who specializes in reporting from the front lines of many conflicts, including the wars in Afghanistan and Iraq. Throughout her career, Logan has confronted the harsh and dangerous realities of war, conflict, and global change. Logan, a native of Durban, South Africa, spent the past 16 years working for CBS News and 60 Minutes. In 2019, Logan joined the Sinclair Broadcast Group as a special correspondent.

As one of the world's best foreign correspondents, Logan has won multiple awards including Emmys, the Edward R. Murrow Award, and the Alfred I. duPont–Columbia University Award.

“Rocky Mountain College is honored to have Lara Logan visit our campus to continue our Presidential Lecture Series,” said RMC President, Robert Wilmouth, M.D. “Our students, faculty, staff, and the regional community will have the exceptional opportunity to learn about journalism from one of the industry’s top correspondents.”

Among her other accomplishments, Logan has also received an Overseas Press Club Award; the Daniel Pearl Award for Outstanding International Investigative Reporting; Glamour Woman of the Year, and five American Women in Radio and Television Gracie Awards.

Logan graduated from Durban’s University of Natal in 1992 with a degree in commerce. She also holds a diploma in French language, culture and history from the Universite de L’Alliance Francaise in Paris.

Rocky Mountain College’s Presidential Lecture Series with Lara Logan is made possible by support from MasterLube and is sponsored in part by the Billings Gazette.