The RMC Debate program has developed into an international presence in the collegiate debate community through outreach and competitions. Students develop critical thinking, advocacy, and speaking skills in an intercultural environment. With debate opportunities in Greece, Ireland, Morocco, Mexico, Canada and all over the U.S., students can develop a network all over the world while in college.

Rocky Mountain College has a long standing tradition of debate. Intercollegiate debate has been a part of this campus since the 1970s. We have continued the tradition of debate travel all over the the northwest, Wyoming, Colorado and California but have expanded our region to include international competitions.

The RMC Debate team has more recently established a tradition of debate education outreach and public debates on campus. A debate serves as a platform for an extensive discussion of a topic. We are active in the student community at Rocky Mountain College. 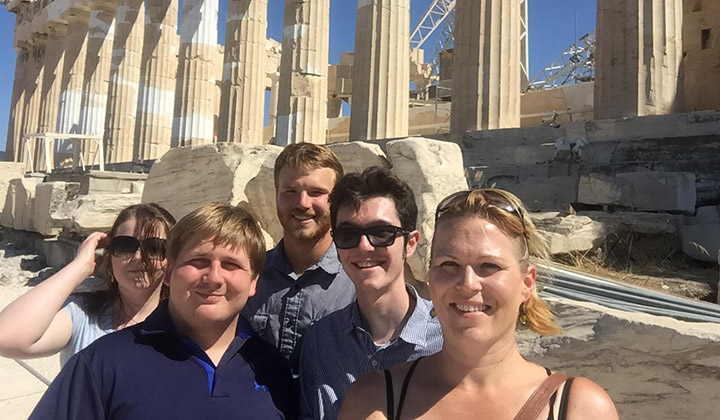 The RMC Debate program competes in the British Parliamentary debate circuit in the U.S. and abroad. The debate style is a combination of extemporaneous speaking, impromptu, LD debate, and platform speaking events. Any experience on a high school forensics team, speaking events for FFA or BPA, student government, youth legislature, or any other professional speaking activity are a good preparation for this style of debate. Participating in the RMC Debate program also serves students who are interested in political science, student leadership, communication studies, pre-law or graduate school.

To apply for an RMC Debate Scholarship, please schedule a scholarship interview with the director of debate to determine the award.

“Debate turned me from a first-year student who had no interest in competitive speaking to a person who has the confidence to speak freely about any topic in front of crowds of people. It made me a better arguer and a much better speaker.” -David Fejeran, Class of 2017