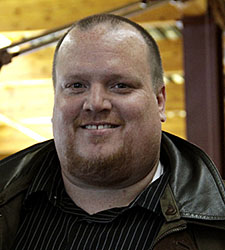 Craig Lancaster (born 1970) is an American writer and journalist, best known for his novels 600 Hours of Edward, its sequel, Edward Adrift, and The Summer Son. His other notable works include a short story collection as well as numerous articles and essays produced during his career as a newspaper writer and editor. The author was lauded as “one of Montana’s most important writers.”

Lancaster’s works are set against the backdrop of the contemporary American West, specifically Montana, where he lives and writes. His prose has been described as deeply emotionally evocative, centering on intense characters who navigate obstacles and relationships in ways that are simultaneously humorous and poignant. His literary influences include Hemingway, Steinbeck, Stegner, and Doig. 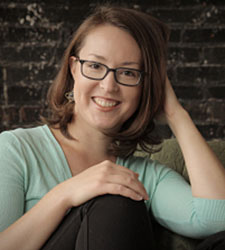 Ashley K. Warren began her artistic career as a ballerina and musician. She attended Concordia College on a music scholarship but found her creative home in the English department. Ashley was appointed editor-in-chief of the college’s literary magazine and won first prize for fiction in Concordia’s literary contest. She went on to receive her MFA in creative writing from University of Southern Maine's Stonecoast MFA program. Author of the poetry chapbook Today’s Body, she also writes fiction and nonfiction, and her work has appeared in various publications (see below). Ashley has also taught poetry in Arts Without Boundaries' Writing in the Schools program, and taught composition and creative writing at Montana State University Billings. Additionally, Ashley served as the Associate Director for Arts Without Boundaries, as a Marketing Consultant for the University of Southern Maine and as an administrative professional in healthcare.