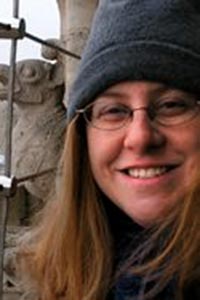 Jenifer Parks came to RMC in 2009 after finishing her Ph.D. in Russian and Soviet History at the University of North Carolina at Chapel Hill. She enjoys teaching a wide variety of European and world history courses, including the world civilization survey that covers ancient, medieval, and modern societies in every region of the globe. Her favorite subjects include medieval Europe, European imperialism, the post-colonial developing world, and Russian history. Her primary research focus is on sport and politics in the Soviet Union and just published her first book, "The Olympic Games, the Soviet Sports Bureaucracy, and the Cold War: Red Sport, Red Tape" (Lexington Books, 2017), which traces the work of Soviet sports administrators from the USSR’s 1952 Olympic entrance through the 1980 Moscow Games.

In addition to several articles and book chapters on Soviet Olympic sport, Dr. Parks was interviewed and quoted in Sports Illustrated about former all-time Olympic medal holder, Larisa Latynina, prior to the 2012 Summer Olympics. She is also in the beginning stages of a second project which will examine Soviet sports diplomacy in the developing world during the Cold War.

When not in the classroom, Dr. Parks enjoys hiking, singing, sewing, reading, acting, and especially traveling. In addition to traveling around the U.S., she has visited Europe several times, including a nine-month stay in Moscow, Russia.