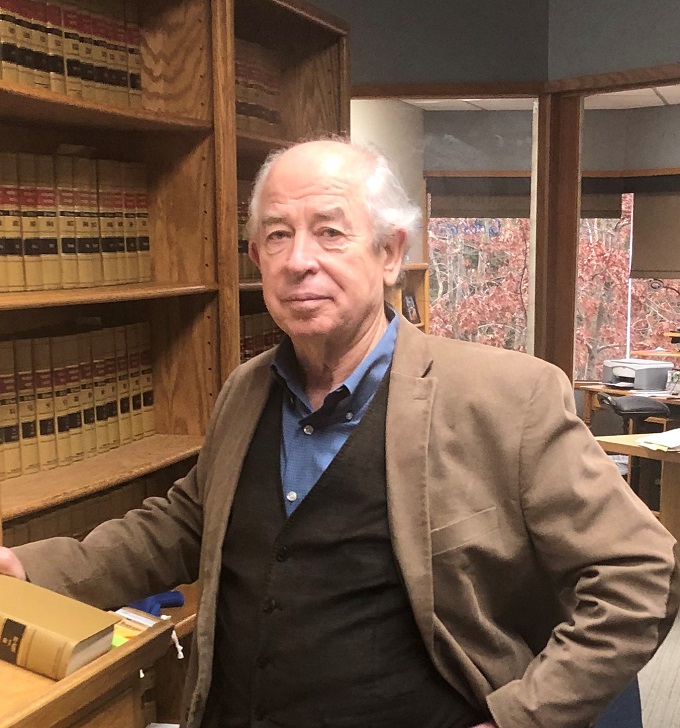 Who influenced you the most while you were at Rocky? How did they influence you? President Lawrence Small found it necessary and appropriate to share his wisdom and insight with me often. Unfortunately, those visits were for behavior issues. Thankfully, at all times Dr. Small was appropriately fair to and concerned about me.
The last time I spoke with Dr. Small was May 1968, the month before my graduation. I believed the purpose of the meeting was to expel me. To my surprise Dr. Small told me it was his goal and intent to have me graduate. That day, he removed me from both academic and social probation and challenged me to have a productive and great adventure, with my Rocky diploma in hand. Only at Rocky Mountain College.
After graduation from law school in 1979, after I was admitted to the Washington state bar, and more than a decade after I graduated from Rocky, I received a book written by Dr. Small, from Dr. Small. Dr. Small’s book was about a former Justice of the Montana Supreme Court. His book is titled Journey with the Law. Inside the cover of that book, Dr. Small personally wrote a note to me. The book and his note to me sit on my desk in my law office today (alongside of Markings, by Dag Hammarskjold). Only at Rocky Mountain College.

What is your favorite memory from your time as a student at Rocky? The music. I first visited Rocky while in high school when Gary’s wife, Sharon, was one of the lead singers in a Rocky musical. I later visited again while in high school when my older brother Rod had a solo in a Rocky musical production. I enjoyed one year in the Rocky Mountain concert choir. The choir performances and choir trips were more fun and a much richer experience than any of my high school basketball or football trips.
I also fondly remember the free music performances provided by Rocky while I was there; which included Bob FitzGerald and Rusty Harper (and their quartet) and Arlo Guthrie.

What was the most important thing you learned while attending Rocky? The importance of an education. I was also provided valuable lessons about power and privilege. Unfortunately, even at Rocky, professors had favorites, biases, prejudices, and preconceived ideas about life and learning. It was an essential introduction, through the classroom and the higher education system, of the need to confront, challenge and if necessary dismantle systemic injustices.
Even though I often attempted to undermine my education opportunities, Rocky provided an excellent education. I hope Rocky Mountain College remains in what decades ago was a very small minority of colleges or universities, where the last student in a graduating class could get into law school, and once in law school, graduate with honors.

Please describe your educational and career path. Because of certain character traits, I graduated last in the class of 1968. I believe my grade point average was 2.17. After my grades in physical education were removed, my grade point average was about 2.07. But I graduated!
I joined the United States Navy and was ordered to officer candidate school in Pensacola, Florida. In 1969, I received my wings as a Naval Flight Officer. The Navy issued orders sending me to Whidbey Island, Washington, to fly the A-6 Intruder. I made two combat cruises with Attack Squadron 196 aboard the USS Enterprise. I flew 149 combat missions into Laos and North Vietnam.
In 1976, I left the navy, active duty, and used the GI bill to attend law school at the University of Puget Sound, now Seattle University. In 1979, I graduated from law school, cum laude, in the top 5% of my class. I opened my own law office in Whatcom County, Washington. I presently practice law, at age 74, with my daughter Heather Shepherd and my law partner Bethany Allen. Since turning 70, Judges repeatedly ask me why I am not retired. Now, well over 70, I finally fully understand age discrimination. 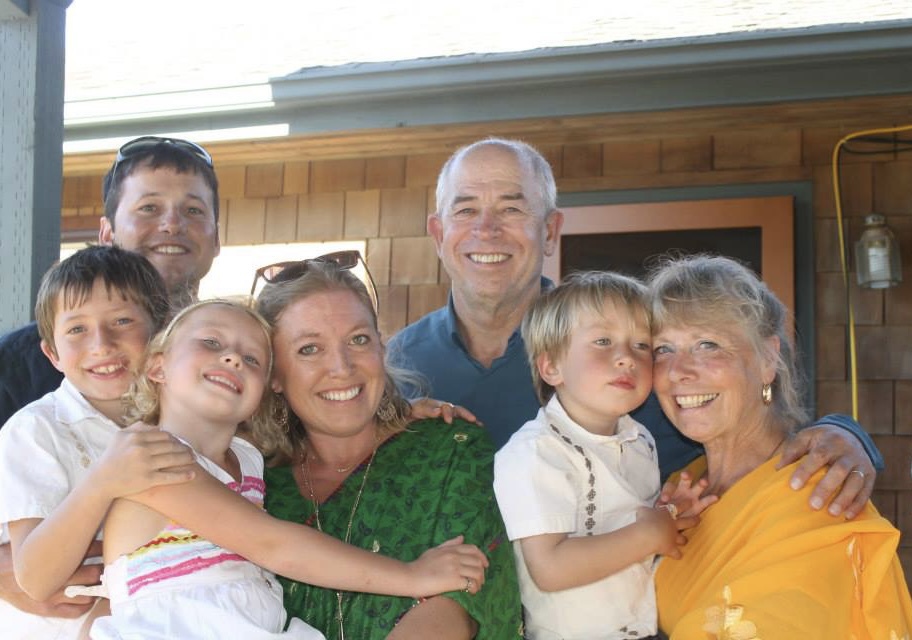 In what ways did your education from Rocky Mountain College prepare you for your career? Rocky Mountain College provided important guidance and lessons on how to become a more thoughtful, caring and productive human being. I seemed unable to stay out of trouble at Rocky. Thankfully, Rocky was concerned and cared about me. It played a significant role in preparing me to appropriately assist clients undertaking a difficult, strange and foreign journey into the justice courts of this nation. A journey undertaken, often under the most difficult of circumstances and often against power and privilege.
Our words, our actions and our endeavors are common property, hopefully, creating a new foundation upon which our children and grandchildren can construct a future more inclusive, just, and thoughtful. At Shepherd and Allen, we continue to rage against the man. Since 1966 when I first read Markings at Rocky, I continue to borrow liberally from Dag Hammarskjold, to fit my life view: "(Anger) hunger is my native place in the land of passions."
After writing and sharing the words, phrases and paragraphs I wrote, I feel appropriately disciplined by the following wisdom of Dag Hammarskjold. "Do not look back. And do not dream about the future, either. It will neither give you back the past, nor satisfy your other day-dreams. Your duty, your reward – your destiny are here and now."

What is your greatest professional achievement? I grew up. I learned to channel my anger. I continued my education. I became a family man. I deem this list to be my greatest professional achievement(s). My wife, my daughter, my son in law, and my three grandchildren are a continuous source of inspiration and joy. That they love, support, accept and inspire me is a gift that keeps on giving. My mother, Nina Shepherd, was my first legal assistant. Heather is a lawyer in my office. My three grandchildren spent the first 10 months of their lives under my office desk, using me as a TV.
Outside of my family, the United Church of Christ, First Congregational Church of Bellingham, has twice provided me the privilege to be its Moderator. The first time, in 1999 when the church ended a fascinating four year journey studying and learning about the injustices fostered by mistaken beliefs regarding gender and sexual orientation. In 1999, in a meeting I had the privilege to chair, the church family voted 98% to become open and affirming to gays and lesbians. I was Moderator again in 2012. The church began another long educational and financial journey understanding the emotional, spiritual and economic costs of youth homelessness on our systems, including the justice system. The journey was completed when the congregation funded and completed a million dollar project for homeless youth in the unfinished church basement.
Professionally, the last 40 plus years were spent in the courtrooms of this nation. I am reminded daily, Justice is slow a moving train heading, at all times it seems, for a crash. The wisdom provided in Micah 6:8 seems clear and simple: What is required of us? "To do justice, love mercy and walk humbly" in service to justice. A short, easily repeated concept. Justice is debated daily in the halls, schools, bars and living rooms of our nation. A challenge and vision yet to be realized. A journey remaining for everyone, including the students blessed enough to attend Rocky Mountain College.

I will outline briefly one criminal trial which is the subject matter of a program on censorship now presented three times a year at Western Washington University in its journalism department. State of Washington v. Kristina Hjelsand and Ira Stohl.
In 1995-1996 I was lead defense counsel for Kristina Hjelsand, manager of The Bookstand. Ms. Hjelsand along with the owner, Ira Stohl, were charged by the State of Washington with promoting pornography. This trial is mentioned briefly on Wikipedia, under Answer Me. It is reported on Wikipedia as follows: "Issue 4 of Answer Me! Was the subject of a high-profile obscenity trial against two booksellers whose magazine store carried the issue." The criminal trial itself was a fascinating three week journey. On February 1, 1995, the verdicts, for both, were "not guilty." A civil case followed in federal district court Seattle. I was lead counsel in the criminal case and a witness in the subsequent civil case against the City of Bellingham. Wikipedia reports the civil case as follows: "A later (federal civil) lawsuit against the City of Bellingham by Stohl and Hjelsand resulted in the City paying $1.3 million to the plaintiffs on the grounds of violation of First Amendment rights and infliction of emotional distress."
One of the key witnesses I met and whose testimony I was able to present to the jury in the Answer Me trial was Stephen "Donny" Donaldson. At the time of his testimony, Donaldson was the president of Stop Prison Rape. His story was told in Answer Me. He died on July 18, 1996, shortly after testifying. At the time of his testifying he was dying of aids. During Christmas of 1972, while I was flying 26 combat missions into North VietNam, during Linebacker II, Donaldson was a Quaker reporter protesting and reporting his, and others, protesting on the White House lawn of my bombing activities into North Vietnam. Donaldson was thrown in jail. The next 24 fours hours Donaldson was repeatedly raped. Donaldson’s story and testimony was his attempt to explain the emotional, psychological and spiritual changes necessary to endure and survive in our prison systems. After he died, his book/manual was published: Prison Rape Education Project.