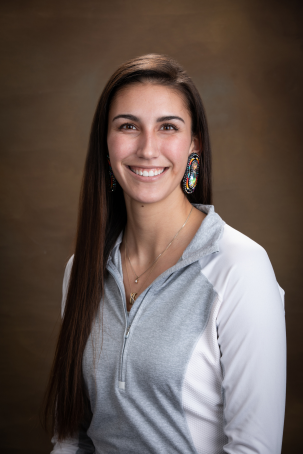 What is your favorite memory from your time as a student at Rocky? Playing volleyball for RMC is one of my favorite memories because I had the opportunity to play with great people, and do well on the court, throughout my four years. (We were not the best my freshman year, but we grew into a strong team). I met some great people in the process, and I continue to wish them the best of luck with their future endeavors.

What was the most important thing you learned while attending Rocky? I learned to take initiative when it came to working towards my future goals and the process in which it took to get me to where I am today. Being proactive in the process is vital to reaching your goals.

Please describe your educational and career path. After graduation in 2016, I was not initially accepted into Physical Therapy school. I eventually found a job with a local Physical Therapy clinic where I worked until I was accepted into PT school the following year. There, I was immersed in the world of Physical Therapy and was mentored by great physical therapists. Once accepted into the University of Montana School of Physical Therapy and Rehabilitation program, I moved to Missoula where I studied for 3 years with 35 other classmates. After graduating in May of 2020, I passed my licensure exam and received a call from Southern Peigan in Browning, MT with a job offer. I have always wanted to return home to practice, so I quickly accepted. I have been practicing here for a few months, and love everything about my job.

What is your greatest professional achievement? Physical Therapy is a very rewarding career, so my greatest achievement is witnessing my patients heal and overcome their impairments. Not only do they improve physically, but they also improve mentally as well. They have the necessary tools that allow them to return to their prior level of function including recreational and household activities that they recently were unable to perform.

In what ways did your education from Rocky Mountain College prepare you for your career? Rocky Mountain College was a stepping stone in my career. I was privileged to play a sport I loved with some amazing people, and I was prepared academically to succeed in graduate school. I learned how to study effectively and how to manage my time well.