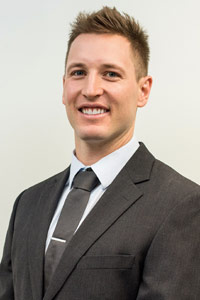 Why did you choose Rocky Mountain College?
I wanted to play basketball in the Frontier Conference and after visits to Western, Carroll & Rocky, the campus and culture in Billings won me over. I can’t talk too much smack about that school in Helena since I married Torrie (Cahill), a proud Carroll grad. Our house has a slight rivalry so let me just reinforce that Green > Purple.

Who influenced you the most while you were at Rocky? How did they influence you?
I was fortunate to have many great professors, coaches, advisors, mentors and friends at Rocky who’ve collectively contributed to my personal and professional growth. However, I have to mention and thank Tony Eatinger and Hailey Pearce, two great friends with truly remarkable and vibrant personalities who tragically passed away as young adults. While their time was cut short, their influence on me and everyone else who knew them, lives on.

I’ve never known more fun-loving, caring individuals who each had an uncanny ability to bring out the best in everyone around them. Their joyful, uplifting approach to life couldn’t be a more important example to follow in today’s wild world where it’s so easy to get distracted by work, politics, our phones, or any of the 100s of other things we can all relate to. Knowing that two of my friends and fellow Rocky grads did not get to live out their dreams always keeps things in perspective for me, and I am grateful for their influence.

What is your favorite memory from your time as a student at Rocky?
Unquestionably, everything about the 2009 basketball season that concluded in a crazy run in Kansas City to claim Rocky’s 1st and only National Championship in basketball. I have so many great memories from that team, but ten years later, the stand-out is the euphoria we all shared on the morning bus ride after a red-eye back from KC to deliver the trophy to a campus full of rowdy students, family and proud alumni. I’ll never forget that season.

Honorable mention is all the fun nights spent with friends around a slightly different Fortin Center, our built to scale replica beer pong table which is now a throwback, judging from the pictures I’ve seen of the fancy new floor. 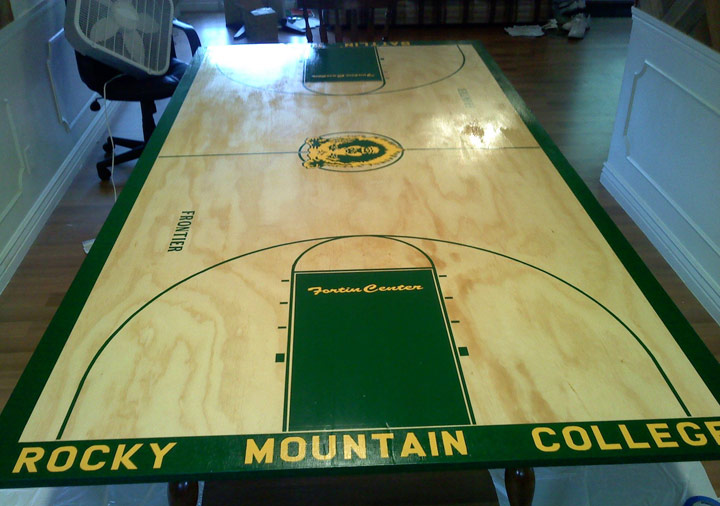 What was the most important thing you learned while attending Rocky?
Again, I think back to our team in 2009, and the first thing that comes to mind is teamwork and sacrifice. I believe this is an important lesson derived from team sports, but it doesn’t always come together like it did for our group. We all put aside our very different backgrounds, worked our tails off, pushing and competing to make each other better every day, to ultimately take on one common goal together. Through that competition and collective sacrifice, we built a level of respect and trust for each other that multiplied our team’s success. I’ve been able to draw from those experiences in my career to replicate success in a business environment where teamwork, sacrifice, and trust is also a winning formula, just like on the basketball court.

Please describe your educational and career path.
I started at Rocky without a clue what I wanted to study, much less the career path to take. I was pretty good with numbers, so I thought I’d try math. After a few Professor Deb Wiens led courses culminating in “How to Read and Write proofs” & “Differential Equations” I audibled to a Business Major, which was more my pace. I graduated in 2010 with a Business Management Major and Mathematics & Economics Minors, still without much of a plan as to what direction to take my career. Fortunately, I had the family ranch and patient parents to supplement labor hours between a couple different sales roles those first couple years.

In 2012 I linked up with former Rocky golf coach Randy Northrup who had organized a satellite office to a proprietary trading firm out of Boston. In that role trading US equities on behalf of the firm, I discovered a challenge and passion that I hadn’t known since sports. I was often humbled by how little I knew about finance and investing which ultimately drove me to the decision to go back to school to pursue a career in that industry.

After a year abroad in Australia to fulfill a travel bug, I came back to enroll in San Diego State University’s Business School, graduating with an MBA and specialization in Finance two years later. After grad-school I worked as an analyst for Karmel Capital, a boutique private equity fund focused on investing in mid to late stage technology companies. During that period, I embarked on the journey to become a Chartered Financial Analyst (CFA), a designation given by the CFA Institute that measures and certifies the competence and integrity of financial analysts. I completed the program in June 2019 and received my CFA charter, and I remain an active member of the local CFA Society in Denver today.

During that period, I met my future wife who was in Denver at the time. Relocating to Colorado became the priority and I fortunately received and quickly accepted an opportunity to work for KeyBank as an analyst on the Commercial Banking team in Denver. In April 2020 I was promoted to my current role as a Commercial Banking Relationship Manager. My job is to serve as the account executive for our commercial clients with annual revenues greater than $25 million, delivering financially strategic advice, banking products and services to align with clients' business objectives.

What is your greatest professional achievement?
If I had to point to a single accolade or achievement, it would definitely be earning my CFA designation. Investopedia.com states “The CFA charter is one of the most respected designations in finance and is widely considered the gold standard in the field of investment analysis. Candidates are required to pass three levels of exams covering areas, such as accounting, economics, ethics, money management, and security analysis.” With a completion rate of less than 15% and 1,000+ hours spent studying, receiving the email with verification that I’d passed the final exam was the most gratifying moment of my career thus far.

In what ways did your education from Rocky Mountain College prepare you for your career?
Going to a smaller school like Rocky helped me become more accountable to a higher standard of work ethic. The smaller class sizes don’t allow you to just blend in and get by. If you missed class, the professor knew about it and soon after your coaches did too. If you didn’t put your full effort into a project, professors and peers would certainly express their frustration and disappointment, but they didn’t just give up on you. It really felt like the Rocky community, in particular our faculty, was deeply invested in our success. Simply participating was not good enough, and I don’t think every student gets that standard of accountability at a larger school. Holding myself accountable to a commitment to work harder than others to maximize my potential has greatly benefited me in my career. 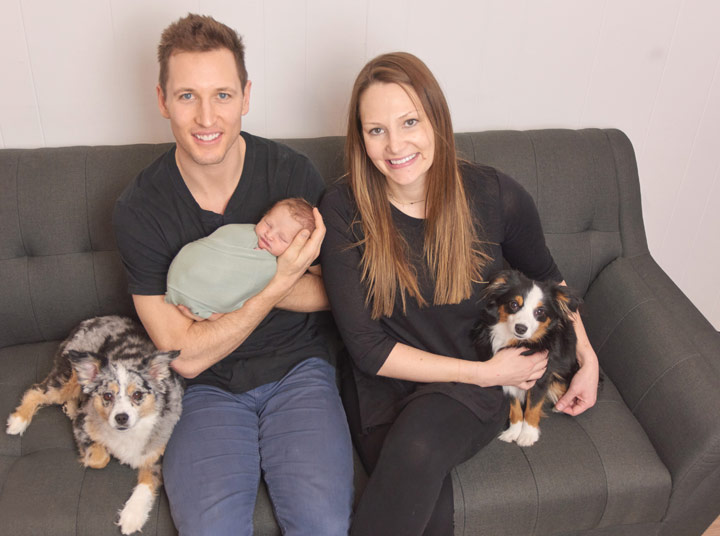