Dr. James “Doc” McDowell, who served as a professor of business for over 40 years at Rocky Mountain College, died on February 13, 2020. During his tenure, Dr. McDowell impacted the lives of many students, staff, and faculty. He made many lasting and meaningful contributions to the life of our school and the lives of countless students over his decades of teaching and service at Rocky Mountain College. Below is his obituary. 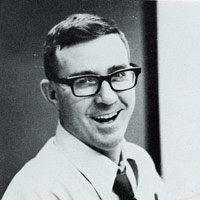 He was born on April 7, 1936, in Livingston, Montana. His parents, an eastern dudette and transplanted Texas cowboy, Dot and Mabry McDowell, owned a dude ranch in the mountains on the West Fork of the Boulder River. For reasons of schooling Jimmy, they sold that ranch and bought and moved to a ranch in Silesia in 1941, where they lived in a cabin made of logs brought down from the Boulder. In 1947, they bought a second ranch on Bluewater Creek east of Bridger, Montana, and moved the family there. Jim rode the range until his graduation from Bridger High School in 1954. 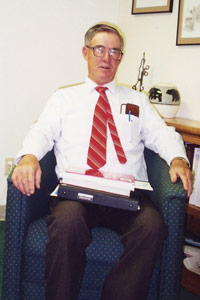 Jim moved to Ft. Collins, Colorado to attend what was then Colorado A&M College. There, he met the love of his life, Roberta Reu, whom he married in 1956. His son, Jess, was born shortly thereafter. Jim graduated from Colorado State University (the new name of the college) in 1958 with a Bachelor’s degree in Animal Husbandry.

Jim then moved his new family to Corvallis, Oregon in order to attend Oregon State University.  There, his daughter, Carrie, was born in 1959. He wrote his thesis on “Livestock – Grain Relationships Affecting Economic Adjustment In Oregon Agriculture,” and received a Master’s degree in Agricultural Economics in 1960.

Jim then moved the family to Stillwater, Oklahoma to attend Oklahoma State University.  There, his son, Leonard Matthew, was born in 1960. It was there that he developed his life-long love of the basset hound breed of dogs. He wrote his dissertation on “Scale Economics And Returns In Commercial Cattle Feedlots” and received his PhD in 1963 in Agricultural Economics.

Doc took his first teaching job at North Dakota State University as an assistant professor, in Fargo, N.D. The family moved there in midwinter, early 1963, encountering their first blizzard.  His son, John was born shortly thereafter. The family enjoyed many fishing adventures in and around Fargo as well as favorite trips into nearby Minnesota. Doc spent a lot of his time at the agricultural research facility as a part of his job and often brought home produce for preserving.  With the entry of his son, Jess, into Cub Scouts, he and his wife, Roberta, became leaders, an association that would last for the next 10 years. They bought their first house and settled in to become a home.

In 1965, Doc was offered a position at Rocky Mountain College in Billings, Montana as an associate professor of business. Being close to the home ranch was too tempting, so he moved the family once again. He was finally able to acquire his first basset hound and has had at least one ever since. He began raising a large garden and shared the produce with many. He shared his love of hunting, fishing, and camping with both family and students, as well as spending as much time as possible on the family ranch on Bluewater, especially during haying season. In 1970, he became a full professor, retiring in 2011 after 45 years at Rocky and then serving as professor emeritus. He was recently awarded the Spirit of Candlelight award by Rocky Mountain College, a high honor recognizing his years of service and impact.

During his tenure, Doc impacted the lives of many students, staff, and faculty.  He helped students develop skills in leadership, communication, critical thinking, creative expression, and professional excellence.  He was influential in providing invaluable internship opportunities to his students to ensure their academic and professional success. He started a rodeo club and helped build the rodeo arena. He supported the athletic program and represented Rocky at many events. He sponsored the business club and mentored many students. He considered his students his greatest legacy.

In 1978, Doc realized his dream of buying a place in the country and moved to 60 acres near Worden, Montana. Then, in 1983, he was able to acquire the family ranch at Silesia and built a home there. He lived there until his death. He prided himself in raising the finest quarter horses, including an unusual set of twins. He used these horses to help and support the equestrian program at Rocky. He also loved cutting wood for his wood-burning stove, fixing many fences, hunting and harvesting deer in the fall, and his continued gardening.

Doc is survived by his wife of 63 years, Roberta, and his children Jess (Joleen) of Colorado Springs, Colorado, Carrie of Silesia, Leonard Matthew (Carla) of Salt Lake City, Utah, and John of Grand Junction, Colorado. There are also four grandchildren, Courtney, Austin, Marko, and Jasmine of Salt Lake City. Brother and sisters surviving are Mary (Rodney) Blain of Billings,, Peggy (Larry) Klein of Scottsdale, Arizona and Sam McDowell of Bridger. He was preceded in death by his parents, Dot and Mabry McDowell of Bridger. 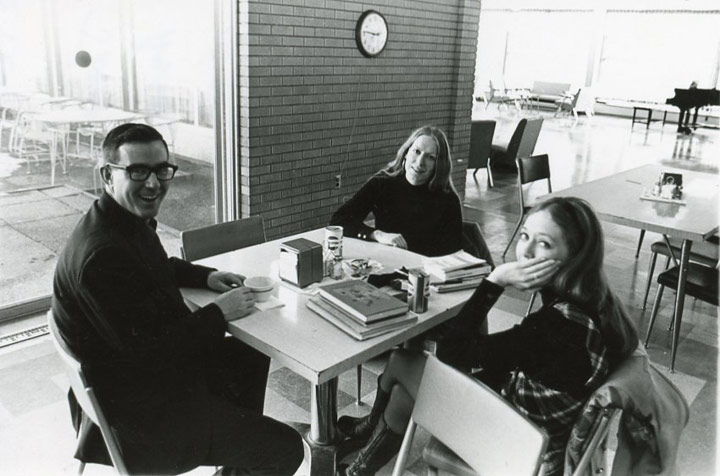